Director of the Project
Paul S. Fiddes holds the title of Professor of Systematic Theology in the Faculty of Theology and Religion in the University of Oxford. He is Senior Research Fellow at Regent’s Park College, Oxford, where he was Principal from 1989 to 2007. He is a Fellow of the British Academy.
Research and teaching interests include:  modern systematic theology; theology and literature; the impact of late-modern continental philosophy on literary theory and theology; theology of culture. He is the author or editor of more than 25 books, and the author of more than 140 articles and book chapters. A recent book is Seeing the World and Knowing God. Hebrew Wisdom and Christian Doctrine in a Late-Modern Context (Oxford University Press, 2013).  For a full list of publications please click here.  In the ‘Love in Religion’ project he is linking the theological tradition of wisdom with the phenomenon of love, as well as offering theological reflection on the part played by the creative arts in the ‘rhythms’ of life which engage in the ultimate Reality which is love. Email: paul.fiddes@regents.ox.ac.uk

Prof. HRH Prince Ghazi bin Muhammad bin Talal of Jordan is the Chief Advisor for Religious and Cultural Affairs to HM King Abdullah II Ibn Al Hussein of Jordan and Personal Envoy of King Abdullah II. He holds two doctorates in the subject of love in religion and literature, from the Universities of Cambridge (UK) and Al –Azhar (Cairo), and is the author of several books and many articles on the theme, in particular the recent Love in the Holy Qur’an (Kazi Publications). He is the main author of A Common Word Between Us and You, an Open Letter to world Christian leaders (2007), signed initially by 138 leading Muslim scholars and intellectuals, and since then by more than 300, which has become the world’s leading interfaith initiative between Christians and Muslims. A pioneer in many ventures for peace and cooperation between faiths, as well as initiatives in Islamic scholarship, Prince Ghazi has founded two professorial chairs for Islamic studies (The Ghazali and Razi Chairs in Amman and Jerusalem) as well as the present Fellowship in the study of Love in Religion at Regent’s Park College, University of Oxford. He is an Honorary Fellow at the College and takes an active part in research consultations on the theme of love in religion.

Minlib Dallh, O.P., Co-Investigator, is the H.M. King Abdullah II Ibn Al Hussein of Jordan Fellow for the Study of Love in Religion at Regent’s Park College, Oxford. Following a doctorate at the University of Exeter in Islamic Studies and Christian-Muslim Relations, he has been Visiting Assistant Professor at Hartford Seminary, Loyola University New Orleans, Rosemont College and Candler Divinity School. His research focuses on comparative mysticism in Islam and Christianity, with special interest in love-mysticism in Sufism and the contribution of women mystics in both religious traditions. His book, A Sufi and a Friar. A Mystical Encounter of Two Men of God in the Abode of Islam (a study of the Sufi ‘Abdullah Anṣārī of Herat and the French Dominican friar, Serge de L. de Beaureceuil) will be published by Suny Press in 2017. In the ‘Love in Religion’ project he will focus on the mysticism of love in its mediaeval and modern forms.

Oliver Davies, Co-Investigator, is Emeritus Professor of Christian Doctrine at King’s College London.  He has made substantial research contributions to the study of medieval mysticism (especially Meister Eckhart), early medieval Welsh and Irish spirituality, and contemporary Systematic Theology. Author of eight monographs, editor of other volumes and author of many scholarly articles, he is founder and leader of the influential ‘Transformational Theology’ movement. His most recent publication is Theology of Transformation: Faith, Freedom and the Christian Act (Oxford University Press, 2013). He is working at present with colleagues in the Department of Psychology and Psychiatry, University of Cologne, to develop the theological implications of the neuroscience of social interaction and social cognition. In the ‘Love in Religion’ project he finds the ‘love’ traditions of Christianity and Islam to be the ideal focus for exploring the interdisciplinary resources of  the ‘neuro-anthropological’ method in evolutionary biology.

Eleanor McLaughlin, Co-Investigator, is Lecturer in Theology and Ethics at Regent’s Park College, Oxford. Ellie holds a DPhil from the University of Oxford. Her research interests include Dietrich Bonhoeffer’s theology, theological anthropology, bioethics and disability theology, and she has been considering the place of love in these contexts. Her publications include Unconscious Christianity in Bonhoeffer’s Late Theology: Encounters with the Unknown Christ. Foreword by Rowan Williams (Lexington Books/Fortress Academic, 2020), and ‘Disability, Technology, and Human Flourishing,’ in Human Flourishing in a Technological World: A Theological Vision, edited by Jens Zimmermann and Michael Burdett (Oxford University Press, forthcoming 2021).

Lydia Schumacher, Co-Investigator, holds the post of Reader in Historical and Philosophical Theology at at King’s College London. Previously, she held a Chancellor’s Fellowship in Theology at the University of Edinburgh School of Divinity, and a British Academy Postdoctoral Fellowship in the Faculty of Theology and Religion at Oxford University and at Oriel College (2011-14). Author of three monographs and  co-editor of the three-volume Oxford Guide to the Historical Reception of Augustine, she has most recently published Rationality as Virtue, and Theological Philosophy (Ashgate). With a research specialization in virtue epistemology (rooted in Franciscan and Dominican traditions of thought), in the ‘Love in Religion’ project she is exploring the connection between love and knowledge from the perspective of analytic theology. 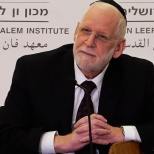 Naftali Rothenberg, Co-Investigator, is a senior research fellow at the Van Leer Jerusalem Institute. He has studied the wisdom of love for more than three decades and has published extensively on love and other topics.  Among his books: Wisdom of Love – Man, Woman and God in Jewish Canonical Literature (Academic Studies Press, 2009); Rabbi Akiva’s Philosophy of Love (Palgrave Macmillan, 2017) were completed in a stay of two periods at the Oxford Centre for Religion & Culture.  In the ‘Love in Religion’ project he will focus on the book Dialoghi d’Amore by Leone Ebreo (Rome 1535) and its wide influence on literature and romantic discourse throughout Europe.

Amber Griffioen, Co-Investigator, is an associate member of the Zukunftskolleg at the University of Konstanz, where she works on topics in philosophy of religion, analytic theology, history of philosophy, value theory, and philosophy of sport. Formerly a Margarete von Wrangell Fellow in Philosophy, she is presently working on the completion of a monograph focused on expanding the disciplinary horizons of analytic philosophy of religion, in addition to her current work on religious experience, medieval mystical thought about love, expanding the philosophical and theological canons, and the theology of reproductive loss.